One of the most intense moments in movie history saw Tom Cruise questioning Jack Nicholson at the end of the Rob Reiner film A Few Good Men. Cruise presses Nicholson until, in a heated display of hubris, Nicholson yells a confession to the court, and closes with the phrase, “You want the truth? You can’t handle the truth!” Cruise coldly turns away, and it’s clear that Nicholson is guilty. While the FCC is certainly not the US Marines, it seems they’re pursuing a similar policy, refusing to release the 47,000 net neutrality complaints before going through with the removal of the net neutrality laws.

The net neutrality complaints, say the FCC, are not legitimate complaints because they were not filed formally, for a fee. The filing process is fairly complex, and includes charges. Only one complain was ever filed formally – a grievance against wireless provider Verizon filed by a young California man who has done multiple years of research.

The FCC has continued to seek ways around the Freedom of Information Act (FOIA) as it has tried to squelch the sizable public outcry regarding the net neutrality complaints. Of the 47,000, the Commission has only released 1000, indicating that the work to redact each document of personal details was ‘too much’.

A recent complaint has been filed with the FCC by 16 different advocacy groups, seeking ways to get the net neutrality complaints released to the public in a timely way, especially given the short fuse the FCC has place on the ruling for continuation of net neutrality.

The statement, signed by groups like the ACLU, said, “Consumers likely use the informal complaint mechanism to address harms caused by ISPs that violate the current bright-line Net Neutrality rules and transparency rules. Over 47,000 consumer complaints have been submitted against ISPs since June 2015, and carriers provided approximately 18,000 responses to those complaints, and there are 1,500 emails documenting interactions between the ombudsperson and Internet users. These numbers alone should give the Commission pause. However, only a full analysis of these consumer complaints and ombudsperson documents will allow the public to fully answer questions posed in the NPRM.”

Whether the FCC every redacts and provides the text of the net neutrality complaints, it remains clear that their penchant is to move forward in this process, removing the net neutrality rules that have protected consumers for some time. Their refusal to share the truth with the American public may well be something akin to Nicholson’s shouted response on the stand. While we may want the truth, the FCC has determined that we can’t handle it. This group of advocacy groups thinks we can. 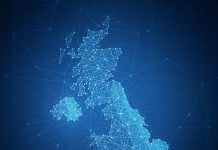 Ben Rausch - November 15, 2017
0
Everyone has a different tolerance level for scary movies. The strong of heart all flocked to the theater this past weekend to see Stephen...

Unique Reach by Google will Prevent Advertisers from Spamming

Microsoft Cloud Over an Indian Summer

What Do Google Adwords and the New England Patriots Have in...

THROUGH AN AR GLASS

Top 5 Challenges of Migrating Applications to the Cloud

The Total Economic Impact™ Of VMware Cloud On AWS

4 Case Studies Show How IT Can Improve Employee Experiences

ABOUT US
Tech Insight, providing you with the latest breaking news, videos and research papers fresh from the tech industry.
Contact us: [email protected]
FOLLOW US
© 2017-2019 Tech Insight. All Rights Reserved.